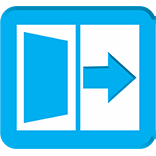 You are here: Home1 / About Us

A local resident of Far North Queensland his entire life.

1990 – I began working with automatic door equipment as part of my apprenticeship and have continued to work in this specialised field ever since. During this time I have been able to become well versed with application and operation of this type of equipment along with specific details relating to makes, models and vintages.

2010 – Began working for a large international corporate company as a technician.

2016 – Established Cairns Automatic Doors Pty Ltd together with Trevor Scott, whom I had already worked alongside for 9 years.

Having worked for both local contracting firms and large corporate manufacturers, my insight and experience in this industry has shaped and strengthened my attitude toward supporting and protecting my local community by providing direct, personalized service with local understanding.

1980 -Began and completed a five year Auto Electrical apprenticeship and continued working as an auto electrician within the field of repairing and manufacturing commercial & passenger transport vehicles until June 2006.

2007- Began working as an Automatic Door Technician for a well established Cairns local electrical contracting company.
This is where I met Jason who was already had vast experience in the automatic door industry.

2010- Approached by a large international corporate company specialising in the service and repair of automatic doors and offered the role of technician, which I accepted.

2016- Set up Cairns Automatic Doors Pty Ltd along with Jason, with the aim of better serving our local Cairns and surrounding regional community, offering products and services with a neutral approach and not affiliated or connected to any of the large automatic door manufacturers, who will always push & promote their own products and not what is most suitable to our customers requirements.